Looking at the Las Vegas skyline, it’s pretty incredible that that the place they call the Entertainment Capital of the World looked like a desert outpost just a little over one hundred years back. 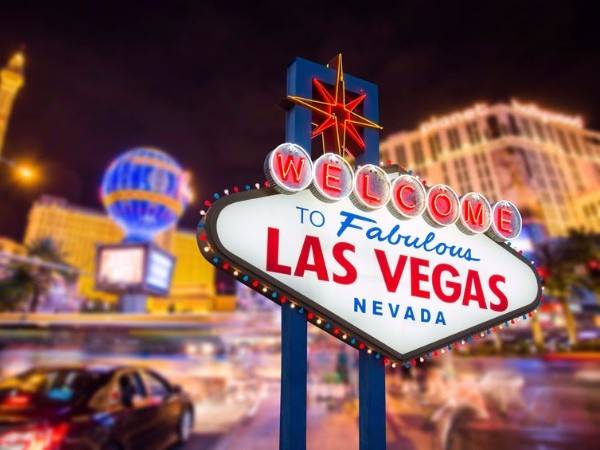 Today, this city hosts some of the most exciting casinos. From the Venetian canals to Egyptian pyramids, travelers come from far and wide to feast their eyes on Las Vegas. Not to mention, behind the walls of the casinos, you’ll come across five star restaurants and world-renowned entertainment. Of course, the casino resorts have plenty of adult activities like gambling, nightclubs, and beyond – they don’t call it Sin City for nothing! If you have never visited Las Vegas or want to go back, let’s take a look at the best Las Vegas Casinos for the trip of a lifetime. 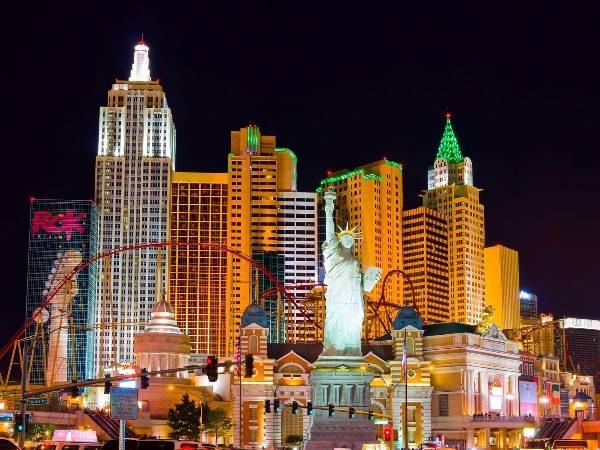 One might not expect to see the Statue of Liberty or the Empire State Building while visiting Vegas, but this iconic Las Vegas Casino includes a replica of the Big Apple itself with its most iconic skyscrapers and monuments. The main casino area, appropriately deemed Times Square, has plenty to keep gamblers entertained for hours. The decks inside the casino even have playing cards where the heart suit is replaced by apples. Meanwhile, this hotel has tons of restaurants modeled after New York’s Greenwich Village. Most Las Vegas tourists visit this casino to enjoy the massive roller coaster, The Big Apple Coaster. The ride has New York taxicabs for the train cars. Passengers start with a 180 foot (55 m) drop followed by a hill and another drop of 144 feet (44 m). Then the coaster twists and turns on a vertical loop and dive loop. Make sure to avoid eating lunch right before this ride! 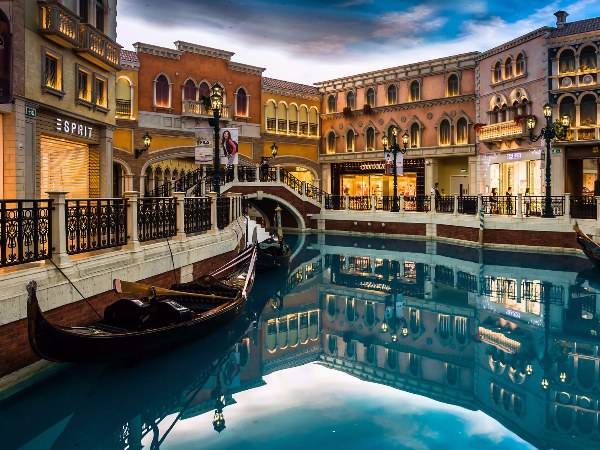 Who would have thought you could visit New York City and Venice all in one day? Just down the strip from the New York, New York Casino, tourists will spot this impressive resort modeled after Italy’s city of canals. The hotel features replicas of famous Venetian landmarks like the Piazza San Marco and the Rialto bridge. Of course, visitors can go for a gondola ride floating down the canals that wind throughout the resort. The Venetian Casino Resort also has one of Sin City’s most famous nightclubs, TAO. With an Asian-inspired them, TAO has a huge 20 foot tall Buddha statue inside along with an infinity pool filled with koi fish and a 40 foot long terrace with views of the Las Vegas strip. Guests can dance the night away in one of the two dance rooms at the club.

Well, we already visited New York and Venice so now we can step back in time to check out Caesar’s Palace. Modeled after the Roman Empire, Caesar’s Palace has statues and columns all recreating the look of Ancient Rome. The casino has become especially attractive for high roller gamblers, but players can enjoy table games like blackjack, craps, roulette, baccarat, Spanish 21, mini-baccarat, Pai Gow, and Pai Gow poker. Meanwhile, the casino has a 24 hour poker room along with an enormous amount of slot machines and video poker machines. Caesar’s Palace also has it’s own entertainment venue fittingly called The Colosseum. The stage has hosted some of the world’s top performers including Frank Sinatra, Sammy Davis Jr, Dean Martin, Celine Dion, Elton John, Janet Jackson, Mariah Carey, and Jerry Seinfeld. If you come to Vegas, you should check out the upcoming performances to see if you can get a ticket to a great show. 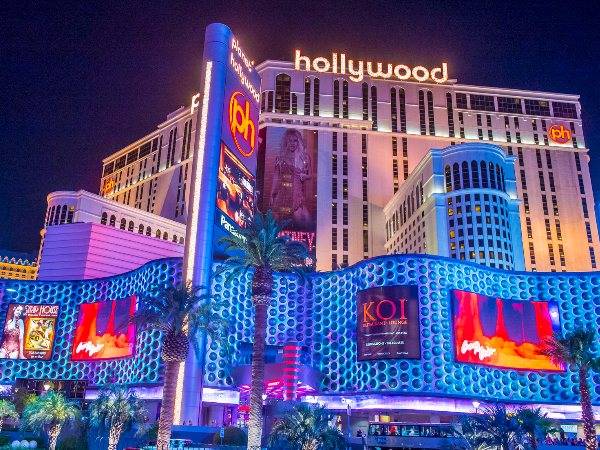 Also operated by Caesars Entertainment, the Planet Hollywood Casino Resort has become a favourite among gamblers in Las Vegas. Many may have heard of Planet Hollywood because of the many celebrity-themed restaurants around the world. In addition to the restaurant, Planet Hollywood Las Vegas, has a popular casino with a Hollywood-theme featuring glamorous Art-Deco decor. In between playing table games and slots, guests can pick up a burger at the restaurant. The Planet Hollywood Axis venue has generated a lot of buzz in recent years especially after signing on Britney Spears for her residency show, Britney: Piece of Me. The pop music icon performs shows throughout the year attracting tourists from all corners of the earth, from New Zealand casinos to Kathmandu, to see the show voted the Best Show in Las Vegas. Whether you want to dance the night away at the top nightclubs or place bets in the world’s most impressive gaming halls, you’ll find all that and more in Las Vegas. The Entertainment Capital of the World has something for everyone.