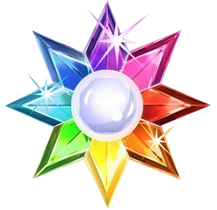 Coming from online gaming powerhouse NetEnt, is their most popular pokies game to date — Starburst. Since first spinning its reels in 2012, Starburst has become one of the most popular pokies games on the planet, thanks to its simplicity, lively action, and consistently fun play. Starburst is accessible and fast and fun to play for kiwi gamblers of all experience levels, and there really isn’t too much of a learning curve. Just spin to win up to 50,000x your stake. Let’s take a look under the hood of all of those spinning gems to see how Starburst works.

Play for RealMoney with Starburst

If you want to start seeing stars, you can click on one of the casinos under “Play Starburst Slot at a licenced casino”. Each online casino will have its own little sweeteners to attract you to their site, usually in the form ofwelcome bonuses and free spins. The game itself will be the same on whatever casino you choose, so pick whatever casino deal appeals to you the most. Just make sure you take a minute to make sure you understand the wagering requirements of each deal to make sure you’re getting a fair go!

Starburst is a super simple game ofpokies, andfocuses on fast action gameplay to keep you in the zone. With that in mind, there are still some basic rules to get a hang of.

Again, it’s all super simple stuff with Starburst, which we reckon is one of the reasons people keep coming back for more. Set in outer space are some bright shining planetary gems you’ll want to chase — here’s a quick look at the symbols and what they mean

If you’ve picked up any theme about Starburst, it’s that its recipe for success is simplicity. So while there aren’t really any massive but complicated super duper bonus rounds,  there is enough to keep you interested with the Both Way Win feature and Starburst Wild.

Most pokies will only let you win on a payline that goes left to right. However with Starburst’s Both Way Win feature, you can also win on a payline from right to left. This essentially doubles your chances, without compromising any wins.

Starburst Wild is triggered whenever the Starburst symbol appears on reels 2, 3, or 4. The Starburst symbol will substitute all the other symbols on that reel, stays there, and triggers a re-spin. If you land another wild on that re-spin, it will trigger yet another re-spin. You can get a maximum of 3 respins with the Starburst Wild symbol.  While those two bonuses may seem tame compared to some other online pokies, we reckon when you’re playing they tend to work off each other to keep things really fast paced and exciting.

Starburst is kinda reminiscent of the old school fruit machines, but with that modern spacies twist. Whatever way you look at it, it’s super clear, bright, and easy to understand. The sound track is pretty far out too, kind like you’ve got some Dr. Who action playing in the background while you spin some reels.  In terms of the mobile experience, well, it’s pretty bloody good. It is super clear and without clutter, so you know exactly what’s going on without having to squint. In saying that, all of the functionality is still there, with the menus tucked away for when you need them, so you don’t miss out on any features.   NetEnt are pros at online gaming, so it doesn’t really surprise us to know that they nailed the software and mobile experience with Starburst.

These days online pokies tend to throw the kitchen sink of bonuses and graphics at you just to get your attention. The reason they need to do that is because pokies like Starburst have cornered the market when it comes to excellence through simplicity.  A complete novice could hop on the reels and understand how it works, and a seasoned pokies pro would still have a blast with its addictive and speedy action.