The Top 10 Ways to Cheat Pokies

Slots have come a long way since they were first invented in 1895 by Charles Fey, a car mechanic in San Francisco. 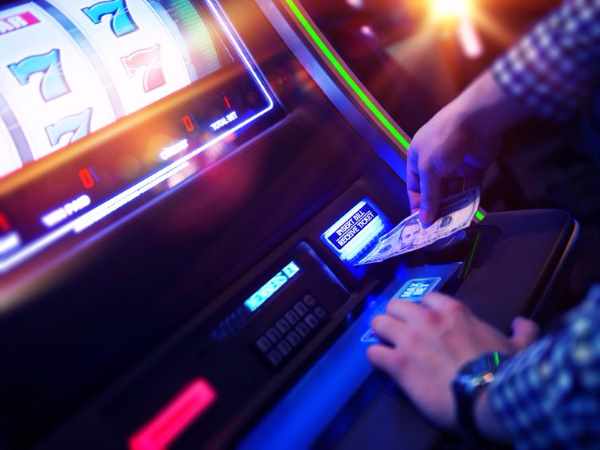 Pokies are the most popular casino gamesaround the world. Whether you play at a land-based establishment or load up from your desktop or mobile phone, the exciting ways in which you can land wins are endless, but they come at a cost.

Of course, there are some shady characters out there who want a shortcut to windfalls;freeloaderswho look for illegal ways around the systemfor benefits. While online casino gamesare usuallyfree from hacks and cheats, the land-based market has been victim to several scams and cheats over the years which hasseen casinos lose stacks of cash.

As you can guess, these hacks have not gone down too well with casinos, who are legitimate businesses and are not in the habit of giving money away for nothing.

In this article, wetake a lookat 10 of the most popular pokie hacks that have been used in the past. We never condone those sorts of actionsandwehavefollowedthe list of cheats with several helpful tips on approaching pokie playresponsiblyso that you have the best chance of staying flush.

A History of Cheating:

A surefire way to guarantee wins at pokies is to reprogram the random number generator powering them. Step up Ronald Dale Harris, who was hired by the Nevada Gaming Control Board in the early 1990s to analyse the software used in slot machines for bugs. Instead of doing his job, he re-programmed the random number generator to pay out a sum of his choosing when coins were inserted in a specific sequence. A friend of his also played his ‘adjusted’ machines, but got caught in January 1995 after winning $100,000 in Atlantic City.

Sometimes a game comes with an in-built glitch – and if you know what it is, you can exploit it to your advantage. The Game King was the best known pokie possessing a software glitch, where when players were prompted to double up, the glitch allowed them to up their stake to the highest amount – and then cash out everything.

Dennis Nikrasch pulled the ultimate switcheroo, cheating Las Vegas casinos of millions of dollars. He managed to switch pokies’ original microchips with one he had programmed earlier and which was designed to award an instant win. Naturally, he had enlisted a team of accomplices to help him cheat the system, which was foolproof – until he was turned in by a disgruntled member of his team. As they say, it’s ‘better to work with machines than people’.

Tommy Glenn Carmichael perfected a number of pokies cheat methods. He started with the ‘top-bottom joint’, which was a piece of coiled wire designed to mimic a coin dropping into a poker machine. Ultimately, Carmichael made his money selling these gadgets for $10,000 each, using only a few cents-worth of materials and a few minutes of his time.

Tommy Carmichael hit the figurative (if not actual) jackpot again when he was released from prison. By then, technology had changed and he needed to come up with something new: ‘the Monkey Paw’, which was made of guitar string and a coil of metal. The device was inserted into the coin chute, triggering the mini switch that released the machine’s coins.

The ‘Light Wand’ was another invention of Tommy Carmichael’s, and was an upgrade of the Monkey Paw once pokies grew more sophisticated and rendered the Monkey Paw obsolete. He developed a light wand which worked in a similar way: it was inserted up the coin chute to trigger the light sensor which released the coins from the machine. Naturally, he made a lot of money by selling this device to other wannabe cheaters. He was eventually caught at the end of 1996, thanks to advanced surveillance technology.

There have been plenty of attempts to make fake coins to beat pokies, but one of the most successful cheats using this method came from Louis Colavecchio. He produced many thousands of these coins, which went largely undetected. However, once casinos in the US started to discover large numbers of these coins, an investigation was called, and he was later arrested in 1998.

This device wraps around a $1 bill, mimicking the shape and size of a $100 bill, and fooling the machine into thinking it’s $100.

This trick wasn’t pioneered by anyone specific, but is an infamous, age-old method of cheating the pokies. It’s pretty outdated nowadays, thanks to technological advances. The system involved inserting a coin (attached to a string or wire) into the slot until the game begins and then pulling it out again.

The piano wire cheat was made famous in 1982. A group of men entered a casino, surrounded a poker machine and won $50,000, by opening the front of the pokie machine, inserting piano wires into the turning bits of the machine. This jammed the clock measuring the machine’s wheel rotations, allowing the group to manually manipulate the spins until they hit a win. Who said hard work was overrated?

Top 8 Legitimate Practices to Walk Away the Winner!

Pokies are governed by Random Number Generators. As such, each round is completely random and fair. Neither the casino nor any player can predict the outcome of any spin. This means that there are no hard or fast rules for reading a machine and guaranteeing wins. Anyone who tells you that there is, is deceiving you. In fact, the favour leans towards the house more than the player.

There are, however, some wise ways that you can approach playing pokies that will ensure that you do not lose money irresponsibly and will set you up with a better chance of walking away happy.

If you can have fun while playing pokies, you have already won. The responsible approach to playing is always for entertainment’s sake. Do not play pokies if you want to make money. Sure, you can win money, but if that is your primary aim, you will walk away disappointed many times over.

An important principle of being a winner is playing with a winning strategy. Visit casinos with a plan in mind of how much you are wanting to spend and stick to it. Budgeting how much you want to spend per spin will also help guide you when playing. The self-control of keeping to your strategy will draw the line between enjoying some exciting entertainment and leaving frustrated.

Pokies can payout and withhold wins in streaks, thanks to volatility settings in the game. If you hit a losing streak, stop playing that game and move to the next. Chasing your losses by increasing your wager and hoping to win back your money is the wrong thing to do, as this could empty your wallet sooner than you think.

If you are playing online, we advise you to play your game of choice in demo mode first to get used to the volatility of the game. Playing a few spins on a demo machine will give you an understanding of how the real deal could treat you. It will give you a place to test your betting strategies and bankroll management too.

5. Research the volatility and RTP

Knowing how volatile a pokie is before playing is extremely important. Read a CasinoKiwi review on the game to find out the level and then adjust your strategy around the math model, which includes the RTP and Volatility.

Low variance/volatile slots payout far more often, but the wins are generally smaller. These are great games to play if you want to spin for a long time and tick over your bankroll slowly. They are what we consider low-risk games.

High–risk games are extremely volatile. This means that they will gobble a lot of your money at first. Eventually, the volatility will swing in favour of the player (usually in the bonus rounds) and you could land big wins. High variance slots are for those with a big budget who can weather the base play draught.

RTP is the Return to Player percentage that the pokie will payout over the lifetime of the machine. While it is not a promise that the game will treat you well, pokies with RTPs of 96% or better are more likely to payout than those with a lower edge.

You will need to adjust your bankroll management and betting strategies around the math model presented in the game.

Decent casino bonuses can help you sustain your pokie play. Match bonuses, in particular, will help you increase your bankroll, so you can play for longer. Be sure to follow the wagering restrictions on these promos though and complete the wagering requirements before trying to withdraw your wins.

It never hurts to learn more about pokie betting strategies online. These are just clever bankroll management tips that may help you settle into a healthy and responsible rhythm.

Understanding that games play out in streaks, it is always a fine idea to change your betting increments every 50 to 100 spins in hopes of catching the special features and bonus rounds at a high wager. Landing a massive multiplier win on the minimum bet can be disappointing.

8. Wager to suit your expectation

You must concede that if you want to win big, you will have to bet big. Certain jackpots in some pokies will only pay out if you bet above a certain limit. Be sure that this is something you are prepared to do. If you are in it purely for the fun, bet lower, as your bankroll will stretch further this way, but don’t expect a massive payday.

While we cannot ever fully guarantee your success when playing pokies (that’s why it is called gambling), we do hope that you will steer away from trying to force cheats on the industry and instead adopt a responsible approach to playing exciting pokies.

Be sure to load up at a top New Zealand casino with the help of CasinoKiwi and play with peace of mind.