Being a celebrity must be hard work - what with all the money, fame and adoration, something has got to give. And, as it turns out, the thing which breaks the camel’s (celebrity’s?) back, is entering a casino. 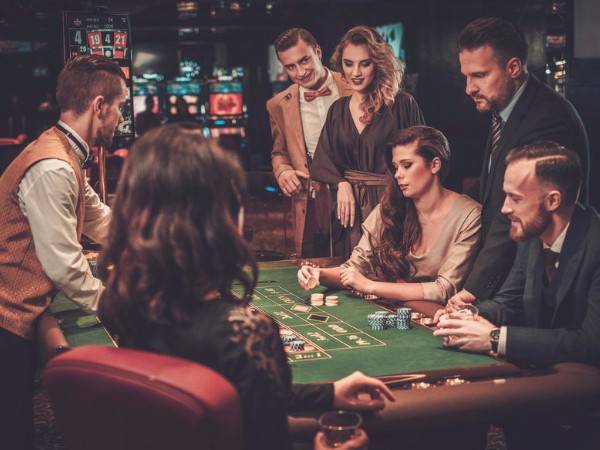 Most top casinos and casino resorts pride themselves as being professional gambling entertainment establishments. Many fine operators provide flawless services and do not take kindly to chance-takers who are trying to take their business for a ride.

There is general etiquette that should be abided by to avoid offending the establishment, which often has no problem removing and banning players from the building for getting out of hand.

Five ‘A-List’ celebrities found out the hard way of how bans may come quickly to those who try to defy the odds by unique means. This article will provide you with all the juicy details of those bans, but be sure to read on to the end for a helpful guide on the ‘’dos’’ and ‘’don’ts’’ of land-based casinos. This way you can avoid offending the casino and dodge the chop next time you visit!

Ben Affleck has always had the reputation of being just a bit too clever for his day job. Whether it’s writing and starring in his own movie, or mastering the art of card counting, he’s more than ‘just an actor’.

While it’s not strictly illegal in casinos, it is grounds for barring a player – as Affleck discovered when he was banned from the Hard Rock Casino.

ButAffleck is more than just ‘good’ at card counting – in 2004, he won the California State Poker Championship, along with a $365,000 prize. In the past, he’s won almost $1 million from the Hard Rock Casino in two trips, and even won $140,000 in a single sitting of Blackjack, giving his prize money away to the casino’s staff. While it’s not strictly illegal in casinos, it is grounds for barring a player – as Affleck discovered when he was banned from the Hard Rock Casino.

Derren Brown: Banned from Broadway Plaza Casino in Birmingham, UK (and Most Other British Casinos)

If you’ve been lucky enough to see Derren Brown’s stage shows during one of his New Zealand trips, then you know that the British ‘visual illusionist’ can manage his way around a deck of cards.

He might have also mentioned that he is a very unwelcome guest in virtually every British casino. In fact, Brown’s notorious card counting skills (and his frequent TV specials) led to his direct ban in one casino in Birmingham, UK.

In May 2013, Brown entered Birmingham’s Broadway Plaza Casino and headed to the blackjack tables. The staff, knowing exactly who he was, asked him to leave, fearing it would ruin the casino financially.

One Direction: Banned from The Palms Hotel, Las Vegas

The five – Harry, Louis, Zayn, Lia, and Niall – were all under 21, leading to the Palms Hotel Casino management placing them on high security, and kicking them out.

Lil’ Wayne managed to get banned from the Wynn Casino and hotel in Las Vegas.

The casino management has never revealed exactly what it was which led to Lil’ Wayne’s banning, only that they ‘don’t want any trouble’ from him, and that if he attempted to return he would be forcibly removed.

Paris Hilton: Banned from Her Own Casino

We’ve saved the best ‘celebrity’ for last: and yes, you did read that correctly – Paris Hilton – heiress, DJ, ‘singer’, socialite – was banned from a casino which proudly displays the Hilton name above the door.

Although she’s no stranger to casino bans, the 2006 incident comes to mind as she was banned by her father himself.

Hilton had been playing in a high-stakes poker game, a game she describes herself as ‘obsessed’ with, and her ‘favourite’. Unfortunately, she doesn’t seem to have been too good at it, losing her $165,000 Bentley.  Her father, in turn, told Paris to seek help for her apparent gambling problem and enforced his word by banning her outright.

She was also been banned from two Wynn Resorts casinos in 2010 after she was arrested at the Las Vegas casino for possession of narcotics.

How to Avoid the Ban: Casino Etiquette 101

To avoid being a nuisance and maintain your casino membership, it may be worthwhile remembering to abide by a few etiquette rules when visiting your local casino.

If all of this rigmarole is too much for you, take to the online casino space with CasinoKiwi and our long list of featured casinos. Here, you can play Live Casino games, pokies, and other virtual games from your desktop and mobile devices.