Despite our fair island’s tiny population, there have been some surprisingly big casino wins in its history. Here are some of the biggest: 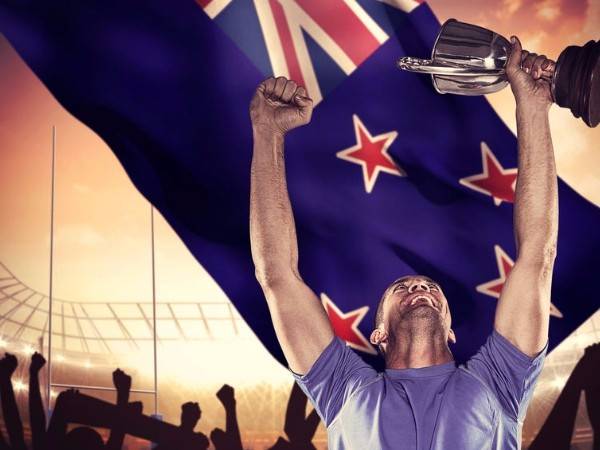 The gambling industry is a massive market worldwide. There are thousands of land-based casinos, online casinos, and mobile casinos servicing multiple millions of players, globally.

You may have heard that the house always wins, but we can assure you that many, many players walk away victors daily. In New Zealand, we have had some great casino success stories of our own. There are ample testimonials of how a few bucks in the pocket have the potential to changealife in an instant if you are lucky.

At CasinoKiwi we like to revel in the biggest wins Kiwis have experienced at casinos over the past decade. These serve as a stark reminder not to listen to all the doom and gloom you might hear about gambling, but to realise that great entertainment can be accompanied by great rewards!

We have undertaken to encapsulate our victories as a small island country by remembering 5 of the best casino paydays in modern history.

We like to hit with the best news first. That is why we have opted to open our list with the biggest and most memorable jackpot won by a Kiwi.

Rawiri Pau, an Auckland KFC employee took a break from frying chicken for long enough to drum up a walloping NZ$10,144,395.82 in jackpot wins at an online casino on the 17th of June 2016.

The 27-year old man received his cheque in the lobby of an Auckland Hotel shortly after the landfall and was in obvious shock. He hadn’t even decided whether he would quit his job or not, though something tells us he may have moved on, especially when he could have afforded to buy his own KFC franchise with the winnings.

He had initially won NZ$1,500 and instead of calling it a day, decided to load up Microgaming’s Mega Moolah slot and try to secure the big win with his new bankroll. Fortunately for him, the gamble played out to change his life for good!

It was Mega Moolah slot for the win again, as another Kiwi loaded up the game at an unknown offshore casino. This time it was a mobile player who walked away with the coveted Mega Jackpot win, which had peaked at just over the NZ$8 million mark. The wildlife safari game had done it again, making dreams come true and altering a life forever.

The very first mobile jackpot winner on the Mega Moolah slot was a New Zealander in May of 2013. It was at this time that the first mobile casinos began appearing on the scene.

A prize of $943,971 was won in the Jackpot Bonus Round of the game when an anonymous player spun and landed an instant Major Jackpot prize. Though the prize value is outstanding, the Major Jackpot is the second tier pot in the game, which means the player narrowly missed the opportunity to come away with a whole lot more than that, though we think they may not be too bothered by that fact.

Sports betting is a popular pastime in New Zealand. In 2016, one Papatoetoe Welder made his knowledge of all things sports work for him to raise rewards amounting to around NZ$180 000 over a single weekend.

With only NZ$12 in his pocket (as he has forgotten his wallet at home) he hit the Hunters Corner TAB and spread the meagre amount of money over wagers on several different types of sporting events that weekend. Bets on French Open Tennis, International and Super Rugby, Netball, and European Soccer pursed him 15,000x his initial bet in rewards!

This man is proof that sport does pay, even if you are not the professional playing the game yourself.

Such is the nature of casino life, that rewards and wins can land in your lap, even when you are not playing the pokies, tables games, or any other casino games for that matter. Simply being a member at a casino could provide you with a great payday, as a young Christchurch local found out.

Cheers could be heard all around as one lucky Christchurch Casino Players Club member won a massive NZ$450,000 in a prize draw. While this is not a game jackpot, it still goes to show that connections to the gambling industry can pay in many varieties of ways.

The young man, said to be in his early twenties, stood astounded. The shock was obviously short-lived though as it took him all of 30 seconds to claim his prize and validated his identity. The casino management was ecstatic that the prize would be staying in Christchurch and that a local would have the benefit of its proceeds.

One thing that stands out as you read through these tremendous stories above – sometimes a great risk comes with a great reward.

Mega Moolah is evidently a source of wealth for our Kiwi gambling public. Its pedigree has stood the test of time and despite having a low variance and stingy RTP, it has managed to make many multi-millionaires since its arrival to the online scene in 2006.

Play Mega Moolah for your shot at riches at a licensed online casino site, with the help of CasinoKiwi, and perhaps your testimonial will make it into the annals of New Zealand’s Jackpot history.