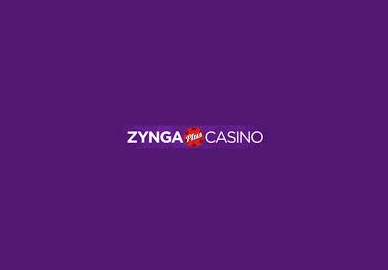 Zynga Plus Casino is making some big claims that will be hard to live up to but in the end we will have to wait and see.

The online casino world is getting ready for one of the most hyped launches in recent memory with Zynga diving into the online gaming space head first. The social gaming pioneer has left its mark on pop culture with Facebook games like Zynga Poker, FarmVille and Mafia Wars. What Zynga does best is fusing social media and the online gaming experience that is why so many are looking forward to their take on the online casino which some say has stayed the same for too long. With an expected launch date sometime in the first few months of 2013 the Zynga team has kept many of the details under wraps. What we do know is that many of the casino games at Zynga Plus Casino will feature your favorite characters from popular Zynga Facebook games and iPad apps. Be sure to bookmark this page to check for regular updates and news on Zynga Plus Casino as soon as more details become avlible they will be published here first.

We expect Zynga Plus Casino to offer some of the best bonus terms around as they’ll be keen to snatch up new players as fast as possible. Gaming industry experts expect that most of the players at Zynga Plus Casino will be first time online gamblers so a generous welcome bonus will help them make the leap to real money wagering. As a big company with much of its future riding on the success of Zynga Plus Casino we’re also expecting promotions like free vacations, electronics, and other giveaways.

Zynga Plus Casino aims to be a well rounded online gaming platform with a mix of different games. If you like slots and progressive jackpots they are expected to offer plenty to keep you happy. Classic table games such as blackjack, baccarat, and roulette will also be featured prominently with a unique Zynga twist. Betting limits will start with micro stakes of just 5¢ and go up to hundreds of dollars a bet to suit all types of players and budgets.

The operating license for Zynga Plus Casino is provided via a partnership with the gaming behemoth BwinParty and will be regulated by the Gibraltar gaming authority. All of the games offered by Zynga are certified by iTech Labs and GamCare. A variety of payment methods are expected to be honored including Visa, MasterCard, and online payment options like Moneybookers (Skrill), Neteller, and PayPal.