We all are well acquainted with the thrilling game of rugby. It boosts team spirit by sharing the responsibility of carrying the ball. Each player relies on another team member who is present at the correct spot to take their game further. This way, the excitement regarding a rugby game grows exponentially among the spectators. People watching the game from the field, as well as the online fans, enjoy the nail-biting moments every minute. A wonderful way to make this game even more interesting is to bet on the best betting odds!

Sportsbetting is already a popular activity for many sports-enthusiasts. They bet a specific amount of money for a particular guess regarding an ongoing or future match. With the biggest global rugby tournament – Rugby World Cup 2019 in play – the number of rugby bets have gone up as well. In order to have a legit shot at winning these bets, you ought to know all about the Rugby World Cup. That is why we are here to sum up the essential information regarding this very popular tournament. 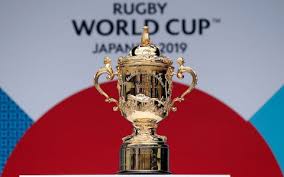 Keep track of the latest offers

Which Teams Can Play?

There are several ways for a national team to qualify for the Rugby World Cup or RWC. First of all, being among the top three teams from any pool in the previous edition of RWC brings a great deal of benefits. These three teams will automatically qualify for the current RWC edition. For instance, the three best scoring teams from each pool of RWC 2015 are participating in this year’s RWC tournament. The automatic qualifiers of Rugby World Cup 2019 include South Africa, England, Ireland, Scotland, Wales, Italy, Australia, New Zealand, Argentina and the hosting nation Japan. After filling up these automatic positions, eight spots remain empty. These slots are then taken up by winners of regional competitions and cross-region playoffs. The regions are Asia, Africa, Europe, North America, South America and Oceania.

How Will The Tournament Progress?

Just like any other global championship tournament, RWC too progresses in carefully planned stages. Let’s walk you through each stage in brief:

After the qualification part is over, the 20 teams who achieved their eligibility are divided into four “pools”. So each pool ends up with five teams who fight amongst themselves to earn the top three positions. The winning team earns 4 league points while the losing team gets 0. If the match is a draw, both teams earn 2 points each. This way, the competing teams gain their individual points. The top two teams of each pool go on to the next stage of this tournament, while the 3rd winner of each pool qualifies for next RWC edition.

Eight teams from the Pool stage come here and fight in pairs. Four quarter-finals are held to find the four best teams for semi-finals.

The two semi-final matches decide which two teams will advance to the finals and which two will play for the 3rd position.

This is the match that decides who will be the second runner up of current RWC edition.

In an exciting match between two topmost teams of the season, the RWC final match decides who will go home with the prestigious cup in hand.

Betting sites and leading brands The Rugby World Cup 2019 tournament has only just begun. After a stunning opening ceremony in Tokyo stadium filled with Japanese traditional performances, the teams have begun their head-to-head battles. You can check the latest scores and upcoming games anytime through a quick Google search. However, we encourage bettors to rely on the renowned sports betting websites like Betway, Unibet and LeoVegas. On these platforms, you will get much more information than mere scores and time tables. They also display the latest odds for each participating team. This applies to the matches already in motion, as well as the ones to be held in future. The odds are updated constantly based on detailed calculations of each team and associated players. At present, Ireland, England and South Africa seem to be the top contenders in RWC 2019. With the respective odds of 10/1, 9/2 and 9/2, they all can be a safe option to bet your money on. However, betting on the “safe” teams is not the way to make big wins! In order to earn the big bucks, you would need to take the risk by betting on weaker teams. That is because their victory will be considered to be an “upset”. As a result, you will be rewarded for your successful, intelligent and far-sighted guess. For instance, if you bet on a team with 5/1 odds, you will receive 5 times the betting amount if they win. Let’s say you have bet $5 on this team and they have won. This will leave you with 5×5 = $25 as the winning amount. Besides, you will also get the original bet – $5. So the total payout will be $25 + $5 = $30! In addition to betting on who will be the winner, you can also bet on the match results. If you correctly predict the draw of a game or the score difference between participating teams, you will still get to win some money.

So get ready to cheer for your country while also making some cash for yourself! Watch your favorite team win on a global stage and win big bucks on the side as well. Established sports betting platforms will be there to guide you all the way through. Check them out daily to see the latest developments in betting odds for each team.