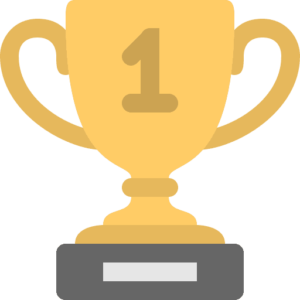 Online pokie tournaments are competitions, for a set time or for a set number of spins, bringing together players to vie for supremacy on the same game. The tournaments can vary in duration from several minutes to several weeks, and in size from small sit’n’go tournaments to heavily promoted branded events drawing hundreds of players from all over the globe. Prizes on offer vary from free spins and casino credits to huge cash prizes.

The tourney winner is typically the player who, in the designated time frame or allotment of spins, racks up the largest total winnings. During a tournament, a leaderboard totes up the real-time results, enabling players to see how they stack up against the other players at all times.

To get going in our recommended pokie tournament list, just download and install the free casino software, or sign up at the instant – play casino’s website, and choose the tourney in which you want to compete:

Where Can I Find Online Pokie Tournaments?

Most of our recommended online casinos hold frequent online pokie tournaments (along with casino tournaments), usually with generous prizes and the good-fun chance to meet and compete against players from around the world. After you signup, check your inbox, or the casino’s promotions page, for news of forthcoming events.

Competing in a tournament differs substantially from individual play mostly because of the limiting factors — set time or number of spins – as well as the collective competitive element. The number of players you’re competing against may vary considerably but, as you would expect, the more players competing usually multiplies the size of the prizes. And the larger the tournament, the more impressive the recognition for winning – you’ll find victories which can swell your head along with your wallet.

Pokie tournaments typically work like this: all players begin with an identical quantity of coins, each in a distinct coin box. Each spin subtracts from this initial allotment. A separate win box tallies up the payoffs from successful spins. Losing spins so not subtract from the win box: you just have fewer remaining chances to increase your winnings.

As the tourney progresses, the player with the most in their win box is the leader, and the one with the most coins at the end is determined to be the overall winner. During play, a countdown clock shows you exactly how much time remains. This real-time information helps you adjust your playing strategy to best advantage.

Which kinds of pokies tournaments are there?

The Most Popular Pokie Games in New Zealand

Prizes in an online pokie tournament usually vary in direct proportion to the number of players and the entrance fee. Of course, much of it also too depends on the largesse of the casino operating the tourney. A typical sit ’n go tournament might have a first prize as low as $50, whereas a larger scheduled tournament might go as high as $5000 for the winner.

It’s Not Just the Money, It’s the Experience

Tournaments are essentially social events involving real interactions with real people with real money at stake. In that sense, tourneys bring a social dimension that is often lacking in pokie play.

On the other hand, the experiential side of tournament should not be underestimated. Spin Casino, for example, offers some pretty crazy video slots within a stunningly designed slot tournaments arena. You’ll be battling it out with other players in sensationally designed pokies like the Lara Croft Tomb Raider and the exhilarating Thunderstruck from Microgaming.

The bottom line is that pokie tournaments are all about adding a head-to-head competitive dimension to what otherwise is a relative isolated gaming activity. For those who love the thrilling of battling peers and winning prizes, it can be a low-cost, high-reward venture.

The Latest Lowdown On Slots