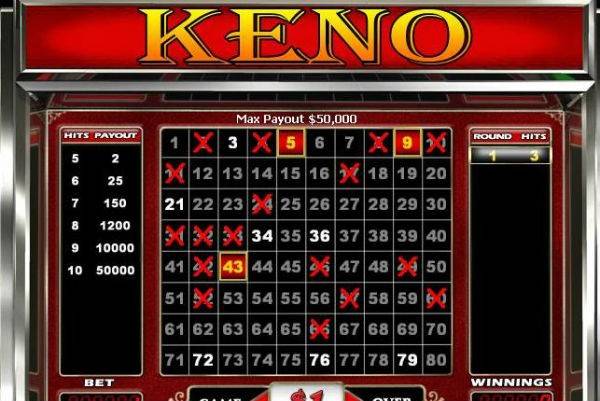 A mix between bingo and the lottery, keno is a fun and easy game. And today, most of the keno action has moved online, and it is making some lucky Kiwis rich. Online keno gives you a great chance to bring home loads of cash from casino sites catering to New Zealanders. All the recommended sites below provide an extensive selection of keno games and variants. Keno rules are easy to learn and understand.  Huge prizes are out there waiting to be won. And, unlike lotteries or land-based casinos, you don’t need to wait around for a draw. You can play right now, pretty much anytime. And these days, keno can be played on the go from your mobile phone or tablet, or in the background at your home or office. As simple as keno is, a word to the wise: always play at vetted and recommended casinos to ensure transactions are secure and that the casino can afford to pay you your prize money.

Keep track of the latest offers

There are really no games easier than keno. Anybody can become a good player in hours, if not minutes. Those who are familiar with bingo or who have played online lotteries will find a lot of similarities. But keno is even more flexible and fun to play.

Each online keno game and each casino has its own paytable to determine how many matches equal how much money.  The key factors in determining the payout are the size of the bet, how many numbers were chosen, and the quantity of matches.

Straight Keno and its Variations

In traditional keno, players buy one ticket, select their numbers, and check them off as they are called.  This “straight ticket keno” is still the most popular form of the game, both in land-based casinos and online. However, as the popularity of the game has grown, the straight game has been joined by many variations.  Here is a short-list of some popular variants.

While most keno prizes are of a fixed amount, many casinos online feature keno games with the possibility of winning a progressive jackpot accumulating from a pool of fractional bets made on a network of online keno games. The pooled jackpot keeps growing until some lucky winner takes it all home.

Most of those keno variants are available at recommended casinos to Kiwi players. Online keno games generally have far higher payout rates than land-based casinos offer. Another advantage of online keno is instant gratification. Whilst land-based casino may keep you waiting many minutes or hours before a new game starts, online games let you play right away. Just select your numbers, hit the play button, and off you go! Online keno also tends to be less expensive per ticket. Land-based games usually cost at least a dollar per ticket, while an online game can cost just 25 cents or even less. This reduces your risk and extends playing time, giving you more chances to garner the big wins. Additionally, bonuses are often offered online that give you extra value for your money. And if you’re new to the game, online keno games let you try them out for risk-free practice to see which you prefer. This gives you the chance to explore, learn the rules, and have a better chance of winning when you are ready to put real money on the line.

Knowing the odds helps you make more informed betting decisions.  The odds in Keno are dependent on how much you bet, how many numbers you chose and how many of those matched the numbers generated by the casino’s software. Obviously, the higher the hit rate, and the higher the bet, the larger the potential payout. As noted, the better online casinos deliver a RTP in the 95-96% range and many players try to look up RTP for each keno game they want to play. Happily, we have done the research for you. If you are a Kiwi looking for good places to play keno, our sites caters to both veteran punter and newbies, providing a comprehensive guide to best keno games and the best casinos in which to play them.

Keno is believed to originate in ancient China, and there are accounts which claim that the game was used to finance construction of the famed Great Wall.  However, the modern game was first documented in the 1800s as being played in Macau, then a Portuguese colony and now a Chinese city with plenty of gambling action. Of course, then the game was played with printed papers filled with pictograms. Chinese and Portuguese keno players spread the game throughout the world. Keno variations began to appear in terrestrial casinos.

Online keno is easy and enjoyable, whether you are trying out practice games or going for the adrenaline rush of competing for real money prizes. Punters keep returning to experience the thrill of the match. The game is so simple that it doesn’t require too much attention, so it can play in the background as you do other things or play other games.  Online the odds are better, the gratification is instant, and the possibility of a huge jackpot win on a progressive keno game is an ever-present possibility.