‘The Future’ is here! We’re living in an age where virtual reality is no longer just a possibility, but rather a reality that's creeping into our daily lives. 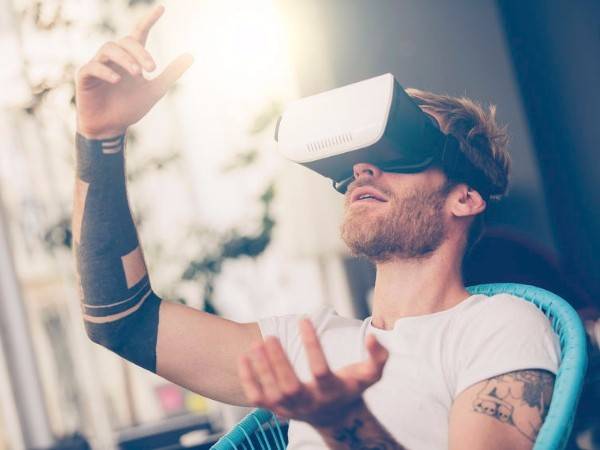 Virtual Reality (VR) casino games are definitely ‘a thing’, and are even more realistic than live casino gaming. Instead of linking you up to a casino room in HD, as with live casino gaming, a VR casino actually puts you into the world of the casino itself – sights, sounds and all.

What exactly is a Virtual Reality Casino?

Some people, when playing at online casinos, feel they lose out on the atmosphere of the real-life casino – there’s none of the glitz and glamor you’d expect from a brick and mortar casino. For New Zealand players who live far from the country’s casinos, or have no way to access them in person, VR casinos are the answer.

The 21st century is here and it is innovative, bringing the atmosphere and fun of those brick and mortar casinos directly to players. All you need is the required VR software, and you get to experience a 3D casino environment, complete with fun casino games of your choosing. What’s not to love?

Virtual Reality Gaming – the Past

Just over 20 years ago, Nintendo released their VR masterpiece – the Virtual Boy and VFX1 headgear. But, instead of avid crowds, eager to join the technological revolution, snapping up these futuristic devices, Nintendo’s VR products, confusingly, weren’t that popular.

But why? Well, it might have had something do with the fact that their mid-90s technology just wasn’t up to scratch. While the concept of VR was great in theory, in practice, the graphics were a bit…clunky. And users wanted the real, full-on deal.

Nowadays, technological developments have pushed VR further than even Nintendo thought possible. Gone are the days of lagging, pixelated images – with modern VR you can expect hyper-real, life-like graphics. As a result, the VR market is becoming fiercely competitive, with top-notch examples including Occulus Rift, HTC’s Vive, Valve’s Stream, and Sony’s Playstation VR, all paving the way for the next generation of gaming – and bringing it to the forecasted 117+ million people who will own a VR headset by 2018.

And, VR is a fantastic money-maker – from VR software sales raking in $90 million in 2014, this technology is projected to hit a mind-boggling $22.9 billion by 2020, according to Goldman Sachs.

While VR casinos aren’t quite as widespread as the VR figures above would have you believe, their numbers are definitely growing. And, for Kiwi players eager to get their hands on the next big VR casino game, the wait will be a short one. NetEnt video pokies are making them happen – and by upgrading some of your existing favorites: as announced at February’s ICE London conference, ‘Gonzo’s Quest VR’ will be the first fully VR slot game, and an upgrade of the existing Gonzo’s Quest real money pokie is in the works. Players will head into Gonzo’s world via a VR headset. Otherwise, future VR casino games in development currently include upgraded, all-immersive versions of blackjack, poker, roulette, not to mention even more exciting online pokies.

The Future of VR Gaming

With such huge advances made by NetEnt, other leading software developers Playtech and Microgaming are sure to follow suit, and quickly. To attract new generations of players brought up on online and collaborative (as well as VR) gaming, VR online gaming is an easy transition.

This gaming future would likely take several forms: for example, adding more 3D graphics to existing pokies, as NetEnt is doing, or via a headset attachment for devices, allowing players to enter a casino virtually – to stroll around game tables, or to press the pokies’ buttons. No doubt this would make the online/virtual gaming experience fresh, exciting – and totally immersive.

However, as the future of online gaming’s VR evolution unfolds, one thing’s for sure – it will be awe-inspiring, and change the face (and future) of online casinos completely.