Gorgeous women dress in their finest and men in tailored suits stand by the tables with stacks of casino chips creating an exciting atmosphere for a film. Whether based in Las Vegas or taking us behind the scenes of a casino, you can find all kinds of great gambling flicks. 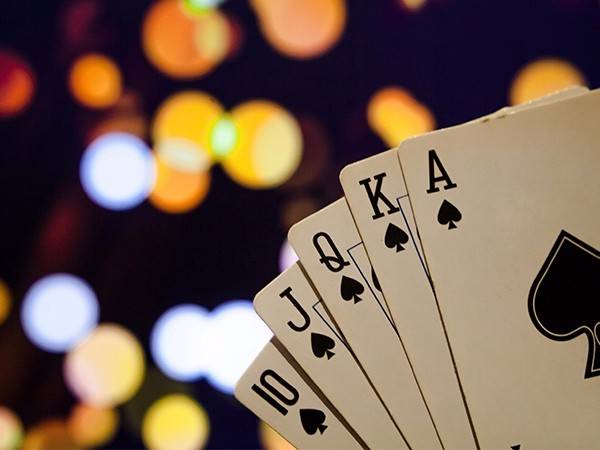 In the casino, the cardinal rule is to keep them playing and to keep them coming back. The longer they play, the more they lose, and in the end, we get it all.

Directed by Martin Scorsese and featuring a cast of A-list actors like Robert De Niro, Sharon Stone, and Joe Pesci, you’d be hard-pressed to find a better movie from the 90s than Casino. This movie took the theaters by storm, winning accolades like the Golden Globe award for Best Director and Academy Award for Best Actress. The movie tells the true story of mafiosos that ran casinos in Las Vegas during the 1970s and 1980s. The 3-hour film features intense scenes, tremendous acting, and a perfect soundtrack from start to finish.

Now casinos have house rules: they don’t like to lose. So you never show that you’re counting cards. That is *the* cardinal sin, Ray.

As the winner of four Academy Awards, Rain Man stands out as not only a great casino movie, but as an excellent film in general. Starring Tom Cruise and Dustin Hoffman, this classic tells the story of a selfish yuppie that teams up with his autistic yet genius card-counting brother. Together, they take on Las Vegas beating the house by counting cards at the blackjack tables. The movie won Best Picture, Best Director, Best Original Screenplay, and Best Actor in Leading Role (Hoffman) in 1989.

Because the house always wins. Play long enough, you never change the stakes. The house takes you. Unless, when that perfect hand comes along, you bet and you bet big, then you take the house.

Combine smooth talking guys in suits with an elaborate casino heist, and you get Ocean’s 11. This remake of the 1960s rat pack flick features an all-star cast that includes Brad Pitt, George Clooney, Matt Damon, and Julia Roberts. The action-packed film has an exciting plot that follows 11 accomplices as they rob three Las Vegas casinos at the same time. With clever dialogue and great action scenes, this gambling movie is not to be missed.

Which would explain how he could set up a high stakes poker game at Casino Royale in Montenegro: ten players, ten million dollar buy in, five million dollar rebuy, winner takes all, potentially a hundred and fifty million dollars.

It makes perfect sense for a Bond movie to take place in a casino. After all, the beloved book and movie character, James Bond, loves playing casino games like baccarat and poker. Casino Royale brings to life the 1953 Ian Fleming novel. Daniel Craig plays the legendary Agent 007 with a “license to kill” in this dramatic film. During the movie, Bond faces up against the villain in an intense high stakes poker match.

So my senior year of college, I joined this team. And I learned this new skill. I went to Vegas 17 times to use it. I made hundreds of thousands of dollars counting cards.

21 depicts the real-life story of six MIT students who won millions counting cards in blackjack at casinos around the world. Kevin Spacey carries out a brilliant performance (as usual) captivating audiences by retelling this unforgettable tale. The fast-paced movie features intelligent dialogue and showcases the skill behind this successful group of card counters. The next time you snuggle up for a good film, why not check out some of the top casino movies. Gambling movies features some of the best actors in the business in an exciting casino setting filled with high stakes, sophisticated tables, and of course, plenty of cash.