Skip to content
Home > Magazine > The Evolution of Mobile Casinos

The Evolution of Mobile Casinos 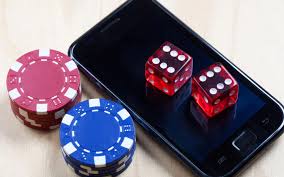 Online mobile casinos have reached such a stage where it has become the norm. Almost all online casinos offer great mobile support for the full array of games. But the scenario was not like this a decade or more ago.

The Beginning of Something

There was a time when people only imagined a physical installation when they heard the term ‘casino’. As the internet progressed in the 1990s, it was time to shift the casino phenomenon online.

But who would do that? The two most renowned names in the casino industry now, NetEnt and Microgaming are responsible for the development of online casino software in the early days. The first full-fledged online casino was launched in 1996.

By the time it was the year 2000, access to a casino only from a computer was too mainstream. With the new century ahead, people were becoming busier and had less time for entertainment. The concept of smart mobile phones was still far far away.

Since then, mobile casinos have only developed. With the introduction of smartphones, a new dimension of mobile casino games was unlocked. Software providers have worked tirelessly to come up with ideas about how to make mobile gaming better.

Now, almost every online casino you encounter will offer mobile compatibility. It can be via an app or the web browser, but the experience is guaranteed to be seamless. You might not get the full array of games similar to a desktop, but the numbers are increasing day by day. All thanks to the early developers who made it possible.

Check out our recommendations for the best mobile casino.