Pragmatic Play is here with its latest release, Bingo Blast!

Let’s Have a Blast! 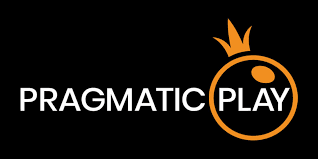 Bingo is one of the most popular online casino games, right next to pokies. While online slots are the primary driving force for most players, we can’t ignore the popularity of Bingo among Kiwi players. And Pragmatic Play has launched Bingo Blast for them!

The nature of Bingo games has made it one a prime choice among online casino players. It’s more like a lottery where you have to buy tickets and wait for the results. But with the latest release titled Bingo Blast, Pragmatic Play intends to narrow the gap down between classic bingo games and modern, fast games. The game starts with conventional ticket purchasing by the players. The players are taken to a purchase panel which is very easy to use and fast. Once you get your tickets, you’ll notice a primary blast where balls with numbers will explode before your eyes. Then, you’ll be taken to another screen where another round of explosion will happen. Finally, you’ll reach the final stage where the balls will keep dropping until there is a clear winner. To quote Claire McDaid, the vice president of bingo at Pragmatic Play, “Featuring engaging visuals, and the well-crafted gamification for which Pragmatic Play is renowned, it’s classic bingo for modern times, and I know it will be a huge hit with players.” He also adds that the Bingo Blast game is the latest addition to the inventory where the classic bingo meets modern and fast game mechanics. As for Pragmatic Play, it is steadily releasing four new slots every month. Bingo and live casino games are also coming out normally as well. Enjoy the Bingo Blast game now!