Skip to content
Home > Magazine > Microgaming Launches Immersive Lineup of Games This May!

Microgaming Launches Immersive Lineup of Games This May!

Get a peek inside Microgaming’s May launch now! 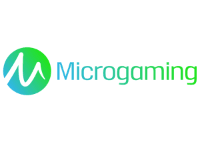 Microgaming is an online casino game developer based in the Isle of Man. It’s undoubtedly one of the leading game developers in the world. Microgaming has also partnered up with multiple independent studios to release even more games. As a result, Microgaming has been releasing multiple titles every month. May 2020 is no different as well. Let’s take a look at what to expect from these new slots.

A New Month with New Awesomeness

The game portfolio of Microgaming is already very diverse. With the pace it is maintaining, it’s only adding the existing madness. Let’s get on with the games. And we’ll start with none other than, the Mega Moolah.

Mega Moolah is probably the most played and most popular progressive jackpot game of all time. This gem of a game first debuted years ago. The franchise has continued to grow ever since. Absolutely Mad: Mega Moolah is the newest addition to the bunch. It’s developed by one of the independent studios called Triple Edge Studios. The Mega Moolah network has paid over 1.1 billion euros so far. The new release is a 5-reel madness with 243 paylines! The graphics are awesome and the soundtrack really adds to the experience. You have to collect gold coins in order to fill the teapot. The teapot can lead you to the ultimate win of all time, through the bonus jackpot wheel. Absolutely Mad: Mega Moolah also features a lot of symbols, trademarked Rolling Reels, a multiplayer that goes up to 15x in free spins, etc. It’s an amazing creation from both parties.

The next game on our list is called Electric Avenue. It’s developed by All41 Studios which is pretty known for its innovative games. It’s a 6×4 reel slot with 80’s neon visuals. It has an incredible 4096 paylines! How awesome is that? Electric Avenue also has wild reels, multipliers, Electric Free Spins, sticky Power Wilds, and many other immersive features signatory to All41 Studios.

If you’re a football fan, this game is for you. Football Star Deluxe is developed by Stormcraft Studios, one of Microgaming’s partner. The game is full of actions with Rolling Reels, up to 8x multipliers, free spins, Striking Wilds, super-stacked Growing Wilds, etc. It’s a 5-reel slot paylines of your choice. You can choose anything between 18, 38, 68, and 88 lines. It will not come out until the last week of the month. 28th May to be precise. According to James Buchanan, the Director of Global Operations at Microgaming, “May brings a host of new and exclusive games to Microgaming’s award-winning content aggregation platform, including the addition of another exciting title to its progressive jackpot network, featuring the Mega Moolah jackpot. Filled with charm, exciting gameplay and fantastic mechanics, Microgaming operator will be spoilt for choice this month and can look forward to our games roadmap for the months ahead.” Enjoy these games at casinos of our recommendations!