Skip to content
Home > Magazine > Another bang from the mighty Mega Moolah Network!

Another bang from the mighty Mega Moolah Network! 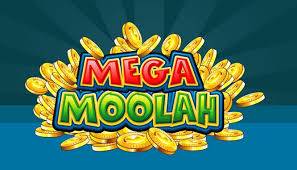 Mega Moolah is already the largest progressive jackpot network in the online casino industry. The classic Mega Moolah and all its predecessors have paid over €1.1 Billion over the course of time. And we don’t see any signs of stopping any time soon.

We are used to seeing the largest jackpot win from the Classic Mega Moolah game by Microgaming. But in this latest win, it’s not the case. The jackpot was won on Atlantean Treasures Mega Moolah, a game that only came out in February.

It’s very unlikely for a new game like this to pay out such a large sum. But then again, you never know with the progressive jackpots. They can hit big at any given moment.

Atlantean Treasures Mega Moolah is developed by Neon Valley Studios, one of Microgaming’s many independent partners. The game is exclusively developed for Microgaming and it’s available under the Microgaming badge across the online casinos.

The game is themed underwater, in the fictional world of the Atlantis. It’s a classic 5×3 reel game with 10 paylines. The game itself is very rich in texture and visuals. The treasures underwater, the magical creatures, and every other aspect of the game makes it very compelling and attractive to the players.

The most intriguing features include expanding wilds, re-spins, scatters and so on. As it’s a progressive jackpot so all the bets accumulate before exploding into a huge win. Since February, this game alone has paid over €14.2 million in jackpots. And 45 of them are major wins!

Microgaming has been a major player in the online casino industry since the very beginning. It has been a visionary in terms of business decisions and execution as well. Mega Moolah was such a development that has changed the course of progressive jackpots, forever.

In the last few years, Microgaming is working tirelessly to strengthen its network all over the world. Taking in new independent parts to develop exclusive games under the name has been a huge success for Microgaming. Atlantean Treasures Mega Moolah is a result of the hard work from both Microgaming and Neon Valley Studios.

The classic Mega Moolah came out way back in 2006 and it has managed to grow it’s popularity consistently. There have been many iterations of the game by many developers over year, but the classic charm of the Mega Moolah still reigns. It’s a lifetime achievement for Microgaming and it is desperate to keep it this way.

Another title, Absolutely Mad Mega Moolah has come in May and we have very high hopes for this game as well. At this point, there’s no way another game network is going to beat the Mega Moolah jackpot network.

Try your luck as well!