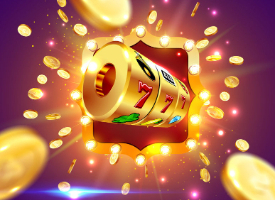 Nolimit City is a local software developer based in Malta. It has developed a brand new pokie named Golden Genie & the Walking Wilds. You might be thinking what’s the news in a software developer developing a new game? The news is how it has come out.

William Hill is one of the most reputed casino franchise in New Zealand. The online casino is very refined and caters to a different class of casino players. Nolimit City has managed to partner up with Willam Hill to launch it’s the newest title.

The partnership between Nolimit City and William Hill is very unique. It’s very unlikely for an industry leader like William Hill to partner up with a local software provider. That’s what makes this event so special.

Nolimit City is very happy and eager to seize the opportunity of working alongside the best. William Hill is a powerhouse in terms of reach and influence. It’s a tremendous opportunity for any software to partner up with it. Nolimit City is no different.

The Best is Yet to Come

William Hill is known for its choice of actions and all of these actions have proved to be vital in the online casino industry. William Hill is regarded as a true gem in the industry. It’s one of the largest names with the partnership to some of the most popular brands in the iGaming industry, namely MrGreen and Redbet International.

The new pokie by Nolimit City, Golden Genie & The Walking Wilds has been launched simultaneously at William Hill and its partner brands. MrGreen and Redbet have won multiple awards for their platform and it’s a huge compliment for Nolimit City to display their creation among the best.

The commercial director at Nolimit City, Mr. Malcom Mizzi, William Hill is an incredible company with a mind-blowing game library. The thirst for innovation and passion has enabled Nolimit City to showcase its title with William Hill.

Now let’s take a look at the game itself. Golden Genie & The Walking Wilds has been designed for impact. The magical theme and best in class game mechanics have allowed it to rank in casino headlines.

Golden Genie & The Walking Wilds is a 5×3 reel game with 20 paylines. It has a rather low RTP of 94.11% – 96.03% which makes it a high volatility game. The game was initially launched on the William Hill platform and it was soon distributed among the partners.

The game itself is portraying the classic Aladin theme where a genie comes out of the lamp to grant your wishes. The entire theme of the game is built on the middle eastern deserts. It’s a visually stunning game with everything you can ask for.

The game features 10 regular pay symbols and 5 of them are 10 to Ace, while the other 5 are striking serpents, lamps, leopards, Aladins, and Princesses. When the wilds hit, the genie symbols get replaces any regular symbol to get you a winning combination.

There are two base-games inside the game. When Genie Lamps Stacked Wilds are activated, two of the reels get filled with wilds and the other two keep spinning. The slot pays both ways in this case and it’s awesome. The multiplier rises as well with the game progress. The multiplier can go up to 10x!

The Genie Parade Free Spins is a key feature of the game. It’s activated when there are at least 3 scatter symbols on the reels, anywhere. The free spins continue as long as there is a scatter on the reels.

The multipliers are also active in the Genie Parade Free Spins round. It starts with 1x and increases by 1 with each spin.

The Nolimit Bonus Buy button is a great addition to the game. You can trigger the bonus round early with this feature. While it’s activated, the RTP goes up to 96.3%.

Play the games at our casinos and let us know what you think!