When it comes to online gambling, it doesn’t get much better than combining your favorite movie with the most rewarding online slots. It comes as no surprise that movie themed slot machines attract millions of players around the world. 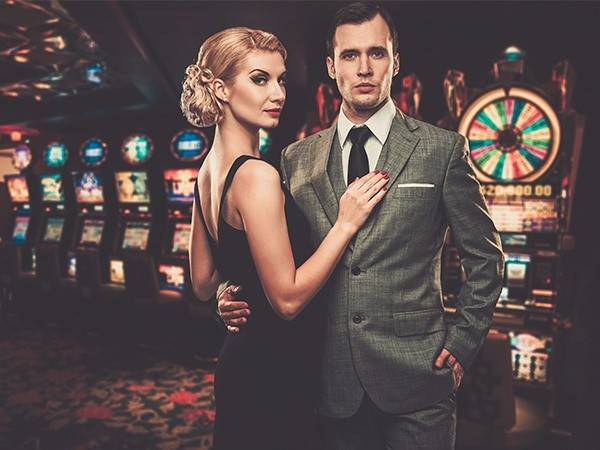 You can relive the magic of entertaining movies while also winning money while you play. Check out our list of the best movie slots online to get an exciting online gaming experience.

“Say hello to my little friend!”, the Scarface slot by Netent software. This iconic 1980s film starring Al Pacino as Tony Montana has become a film classic. Now you can enjoy cinematic graphics from the movie in this online movie slot. The Scarface slot machine has 5 reels and 20 paylines along with scatters, wilds, and a bonus game based on the movie’s famous shootout scene in the grand lobby.

Universal Studios released The Mummy back in 1999, but fans still adore this action-adventure movie that visits the mysterious tombs of Ancient Egypt. The Mummy slots have 5 reels and 25 paylines. The game features entertaining clips from the movie along with bonuses like free spins, wilds, and a Mummy Hunt bonus game. During the bonus game, you could come face to face with the frightening mummy that has come back from the dead. You’ll surely enjoy the theme in this movie slot machine.

The 2000 epic movie starring Russell Crowe tells the tale of a Roman general reduced to slavery who comes back to avenge the death of his emperor. Based on the critically-acclaimed film, the Gladiator slot machine promises action-filled gaming complete with a gamble round, Coliseum bonus, free spins, and multipliers. Meanwhile, you’ll frequently view clips from the movie in high quality.

The Dark Knight slots recreate the 2008 movie starring Christian Bale as batman and the late Heath Ledger playing the Joker. The movie took the world by storm, and its slot machine measures up to fans’ expectations. Powered by Microgaming software, the Dark Knight has 243 ways to win along with four progressive jackpots. Meanwhile, the game’s high quality 3D graphics add to the excitement while you play. Bonus features include a bonus game, multipliers, and free spins.

It’s hard to believe Jurassic Park the movie came out back in 1993. You can relive the magic of this blockbuster smash hit with its slot machine by Microgaming software. Jurassic Park slots have 5 reels and 243 ways to win. Of course, you’ll get to see clips from the movie along with symbols like the T-Rex and Velociraptor. Along the way, you could win bonuses like free spins, split wilds, multiplier wilds, mystery multipliers, and running wilds… Talk about big bonuses! The best movie slots recapture the magic of your favorite films while also giving you the chance to win big cash payouts. Movie themed slots not only have great themes, but also come with action-packed bonuses that promise rewarding prizes as you play.