Get On Your Horses! 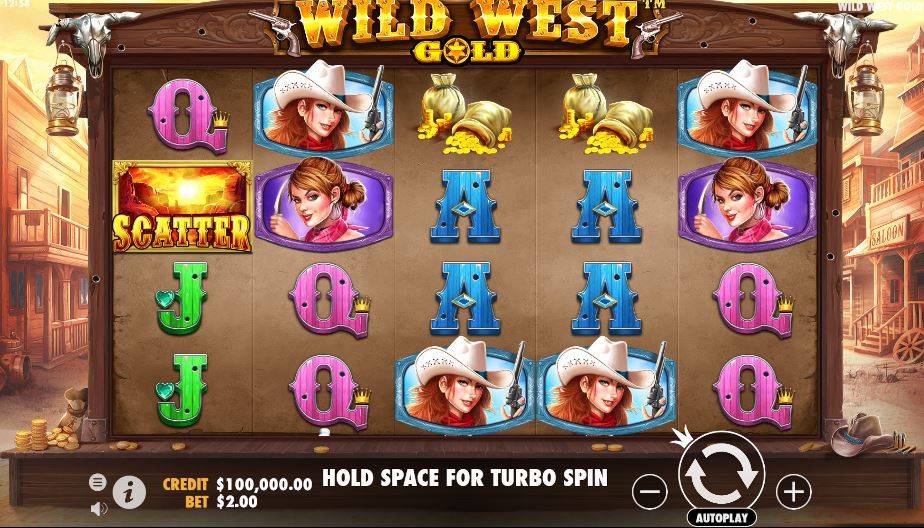 The wild west has been a very popular theme for online casino slots for quite some time now. Numerous software providers have developed numerous games based on the roughness of the west. Pragmatic Play adds another feather to the crown with the new Wild West Gold.

Pragmatic Play is one of the leading software providers in the online casino industry. It has developed awesome online slots for enthusiasts over the years. The Gold series holds a special place in the entire lineup from Pragmatic Play. The new slot ‘Wild West Gold’ is the cherry on top. Pragmatic Play has released this amazing slot based on the wild cowboys and distant saloons just recently. It has received a lot of positive reviews in a very short time. But why? The game is a 5×4 reel which is pretty standard for the slot industry. The game boasts 40 paylines where you’ll see symbols like bandits, outlaws, and rogues. The sheriff symbols come in the form of a multiplier. The multiplier can go as high as 5x. The scatter symbols are one of the major attractions of the game. There are sunset scatter symbols that lead to free spins. And free spins mean a chance to win something without spending a dime. There is a bonus round as well where the fun starts after dark. In the bonus round, there are sticky wild symbols that last until the free spins end. There is a potential chance to win 10,000x the initial stake! Pragmatic Play has been very consistent with the new releases. It offers four new games every month for the die-hard slot fans. As for the legendary Gold series, the Wolf Gold and Mustang Gold has been the most popular. The Chief Commercial Officer of Pragmatic Play, Melissa Summerfield says, “Ride into the dangerous land of the cowboys in Wild West Gold, the lastest fast-paced thriller from Pragmatic Play.” Pragmatic Play has won multiple awards for its amazing content over the years. Wild West Gold is a really nice addition to the overall collection of the Gold Series. Play Wild West Gold at the best online casinos!